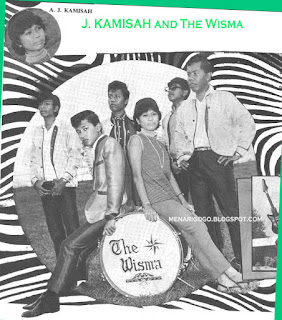 Last week (Nov 20, 2012), pop-yeh-yeh music lovers were shocked by the news on the death of J. Kamisah, from a series of chronic illnesses, including heart failure. She was 64.

Born in Singapore in 1948 as Mica Awi, Kamisah started in the entertainment circuit as an extra in the film Jiran Sekampong (A Neighbour In The Same Village) in 1966. Later on, she teamed up with the lates Salim I. and Jaafar Ahmad to record a split EP with The Wisma on TNA Records. (TNA = Tang Nan Ah).

Among her favourite hits of mine include Rayuanku (My Appeal - see photo below), Jelingan Manja (The Lovingly Stare), Irama Desa Seberang (The Rhythm of A Neighbouring Village) and Bingkisan Hati Setia (A Gift From A Faithful Heart).

When the pop-yeh-yeh craze was over, Kamisah recorded with The Commandos (on Panda Records) and The Wanderers (on MMI) in the early 1970s. Over the decades, she displayed incredible variety in her singing style, where she recorded two duet songs with A. Razak, featuring cover versions from the current Hindi film hits, as well as joining a singing choir called Suara Perindu, which consists of herself, Sanisah Huri, Hasnah Haron and Hamidah Zainal.

The revival of pop-yeh-yeh music in 1985 was an advantage for Kamisah where she appeared with her colleagues on a 60s focused TV show which aired on Radio & Television of Malaysia (RTM), besides re-recording her hits of the past in her own comeback album.

Nevertheless, unlike the rest of her colleagues who continued to remain active, she completely retired from singing, and was largely forgotten by the crowd. She was last seen in the printed media during the funeral procession of another pop-yeh-yeh artist, the late A. Ramlie, in 2001. 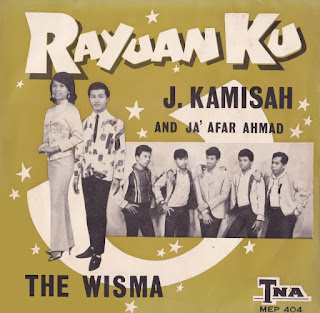