Congrats to Dato' A Rahman Hassan and Datin Fadhilah Mansor 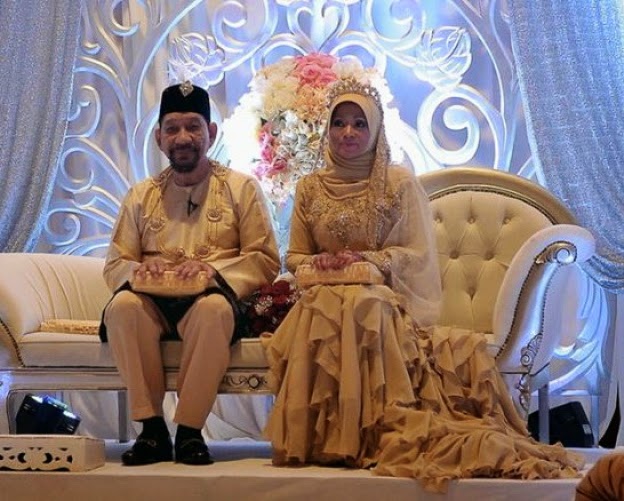 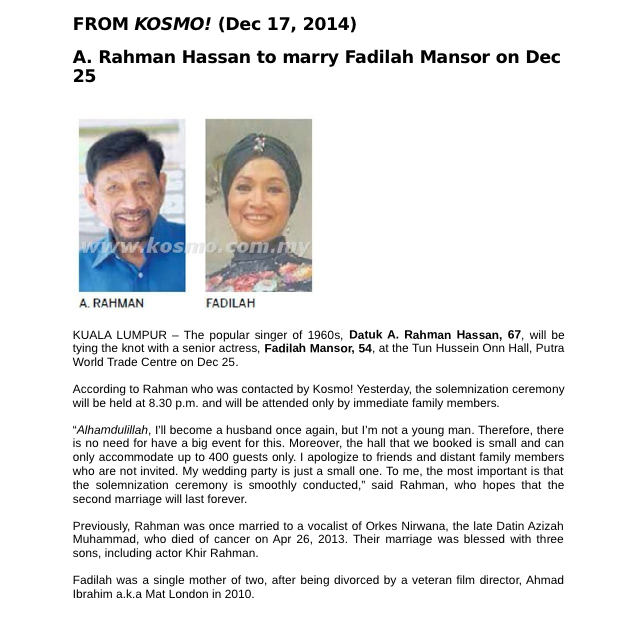 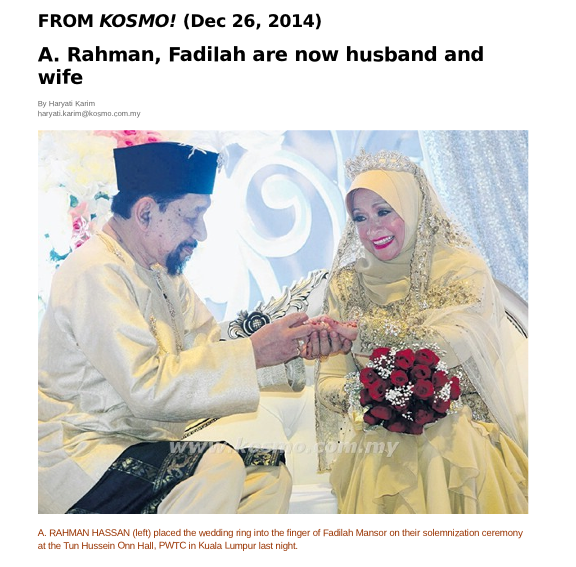 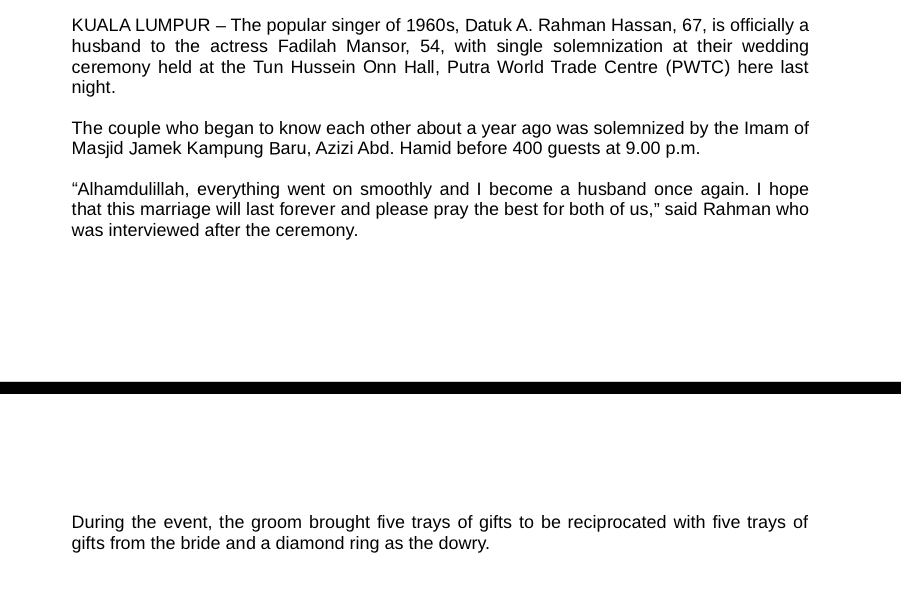 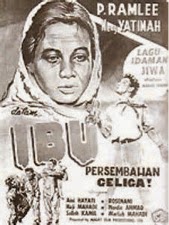 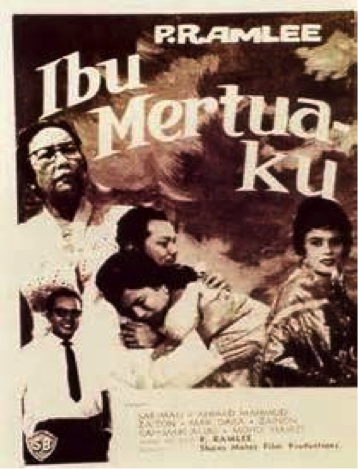 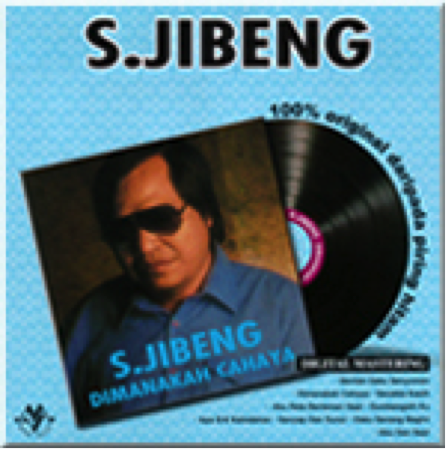