Meeting Joe Chelliah (of The Jayhawkers)

Yesterday evening, I was invited to meet Joe Chelliah (founder and lead guitarist of the Jayhawkers, and also... music historian, scholar, and event manager) at the Royal Selangor Club -- a historic country club left behind from the days of British rule here in Malaysia. It is right next to Medeka Square aka Dataran Merdeka, where Malaysian Independence was declared and the Union Flag was lowered and the Malayan flag hoisted for the first time at midnight (time: 12:00 AM) on August 31, 1957.

Joe and I discussed Malaysian history and culture, and also the effects of European colonialism.

Joe is a fascinating person and I was very happy to see him also, four years after meeting him in JB in 2010. 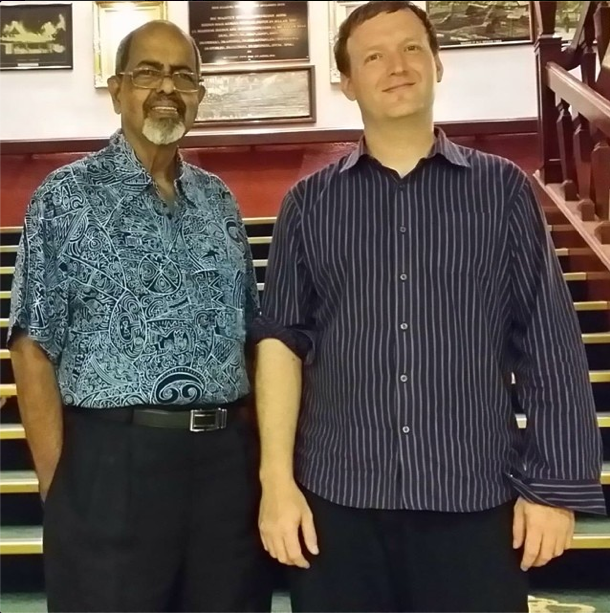