You can also see our favorite Guest Blogger and POP YEH YEH expert, Ghaz in this photo (2nd from right - top). He stopped by on his lunch break (he works close to KLCC)!

Encik Yaacob Bakar was the bassist for Orkes Teruna Ria and joined sometime in the late 60s (must verify all facts later as I'm posting on the run from my hotel before I have to go meet someone!).

He suggested that we meet at SALOMA BISTRO -- an elegant restaurant with outdoor tables under canopies and a couple really beautiful indoor dining rooms as well.  Everywhere around this restaurant you can see photos from the golden years of Malay Film --photos of Tan Sri P Ramlee, Saloma (his wife and co-star) and many many other actors and actresses.  One could spend hours just looking at the photos.  But I was here to talk to these POP YEH YEH artists about their days with Orkes Teruna Ria.   This group was one of the formative bands of the POP YEH YEH sound - and they were all based in Penang back in the day. 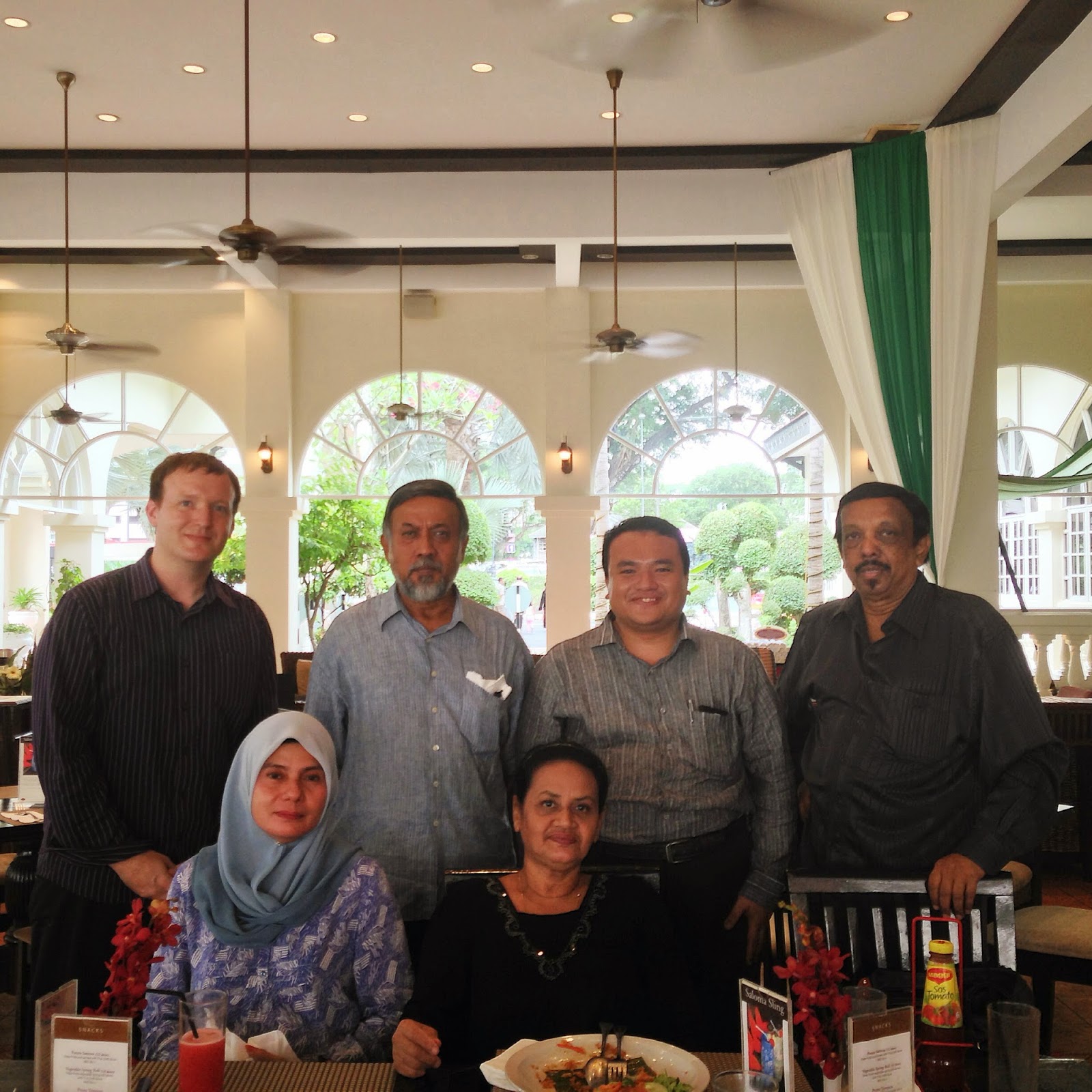 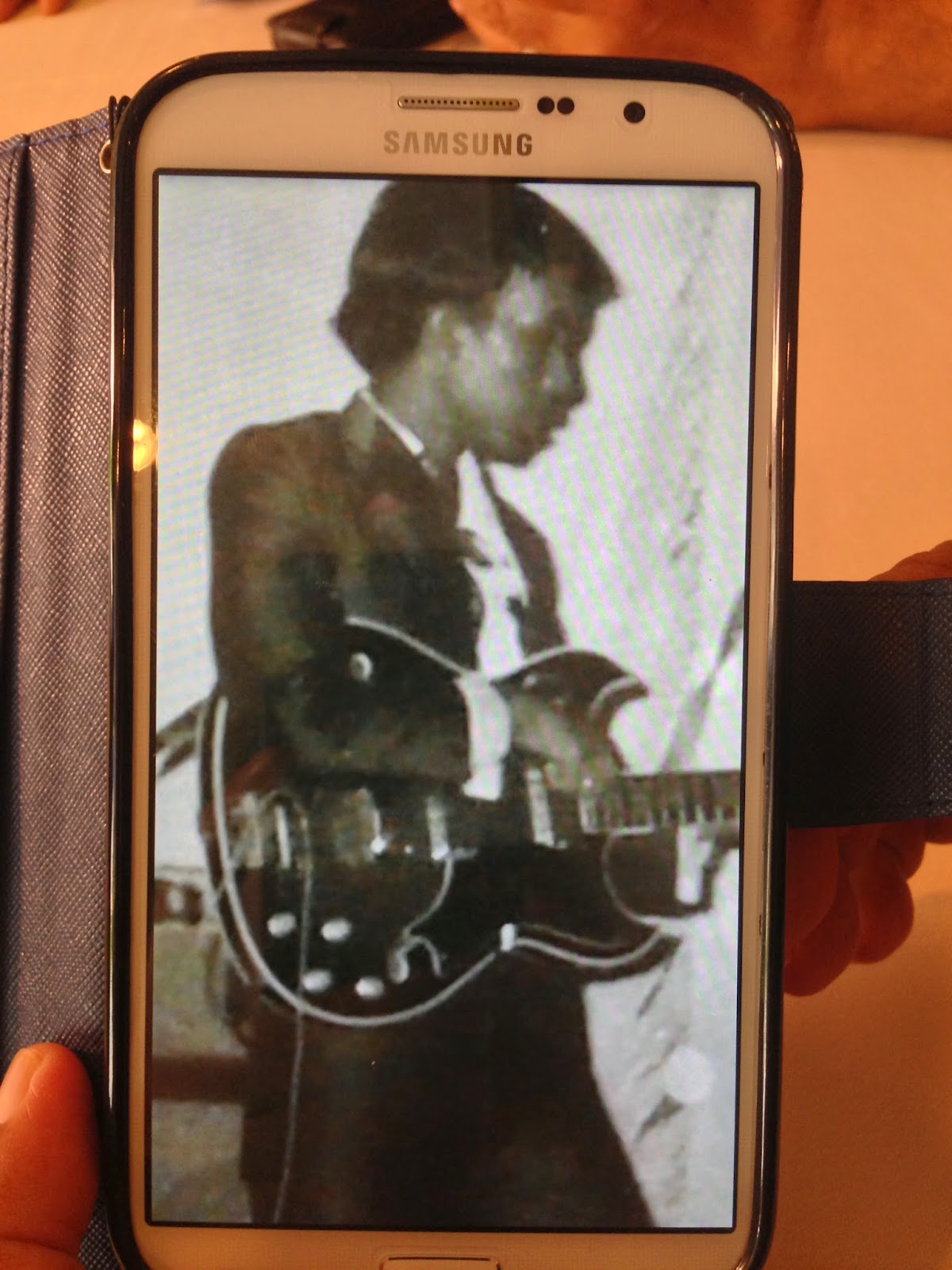 YAACOB BAKAR (an old photo of himself from his phone) 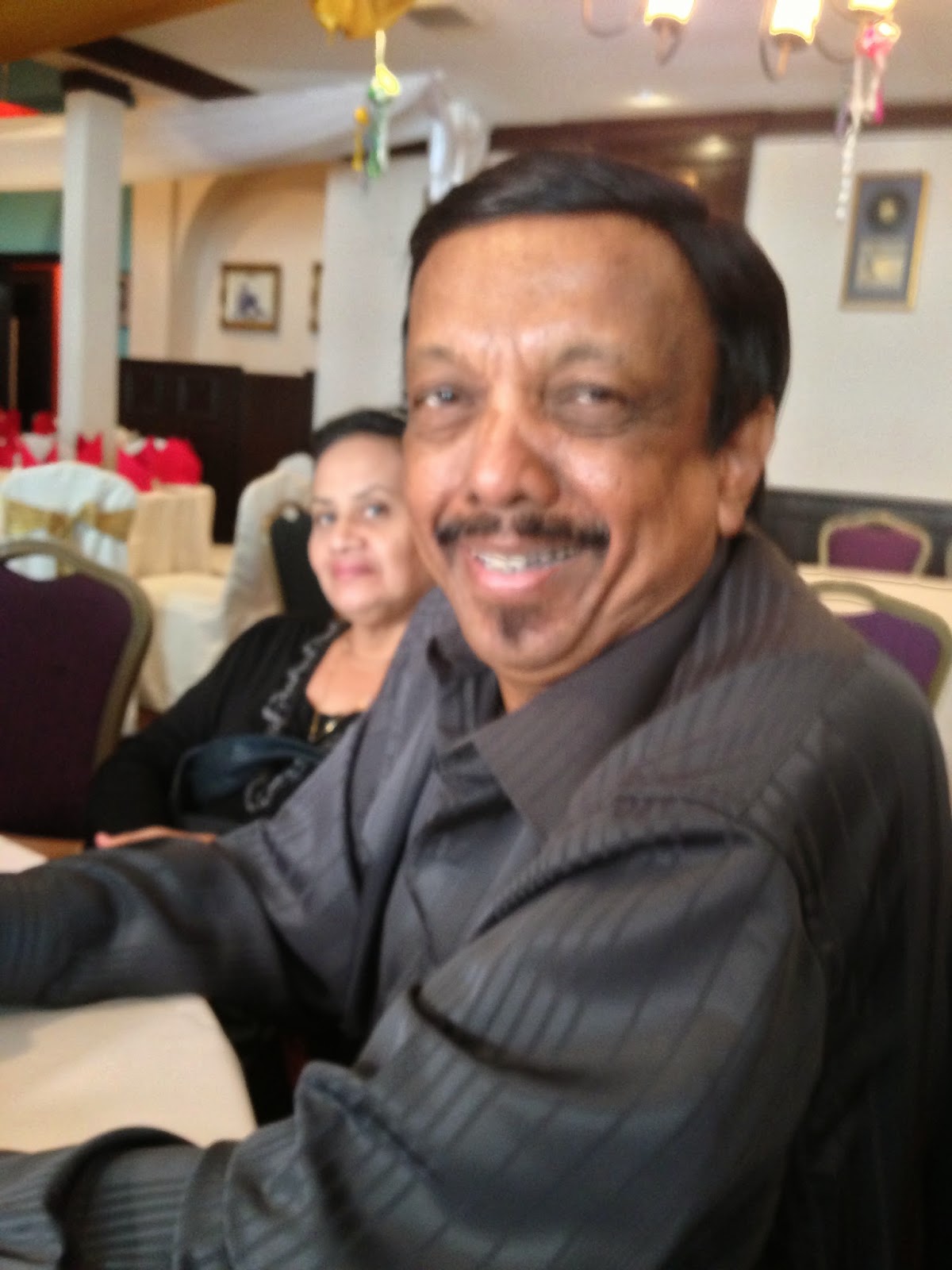 YAACOB and his wife and the singer of the group JUNE IZZUDIN today
Posted by DJ Carl Hamm at 7:02 PM