I was told by my friend Erwin (a filmmaker in France who is Boyanese/Baweanese Singaporean) that his film about the Baweanese, "the Island of Women" had been featured at an exhibit about the Boyanese in Singapore (an ethnic group who originate from the island of Bawean) at the Malay Heritage Center in Singapore,  and that I should go check the exhibit out before it was gone.

Turns out this was the very last day the exhibit would be open, so I hurried over to see it.

The exhibit featured many aspects of Boyanese culture in Singapore, including a spotlight on a group called the Swallows who were one of the biggest R&B styled Pop Yeh Yeh groups of the 60s, and they had succeeded despite their singing in a language that many Malays did not even understand (Boyanese). 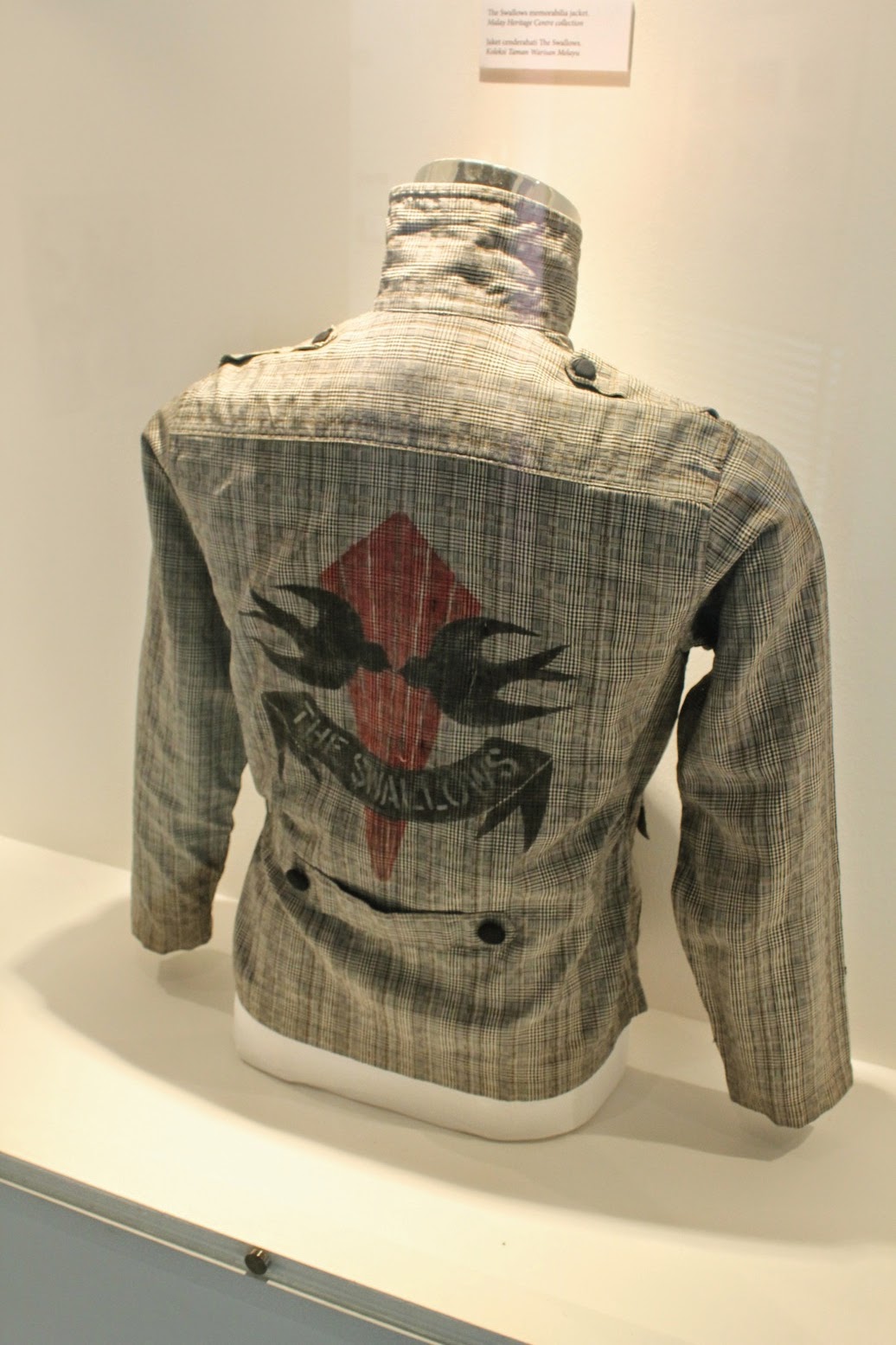 Jacket belonging to Kassim Selamat (lead singer of the Swallows) - the design was drawn by Encik Selamat himself and hand stitched by a shop in Singapore. 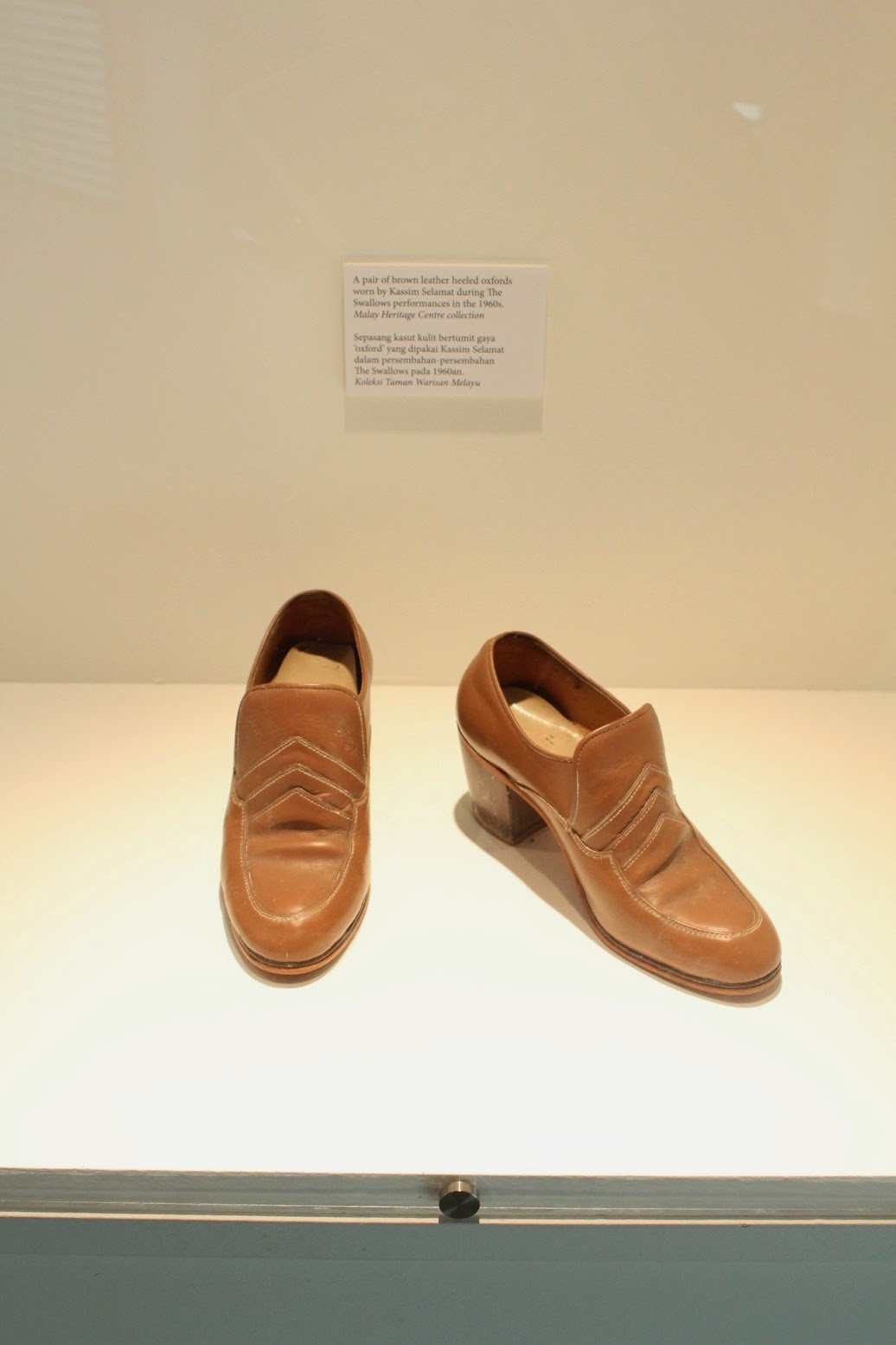 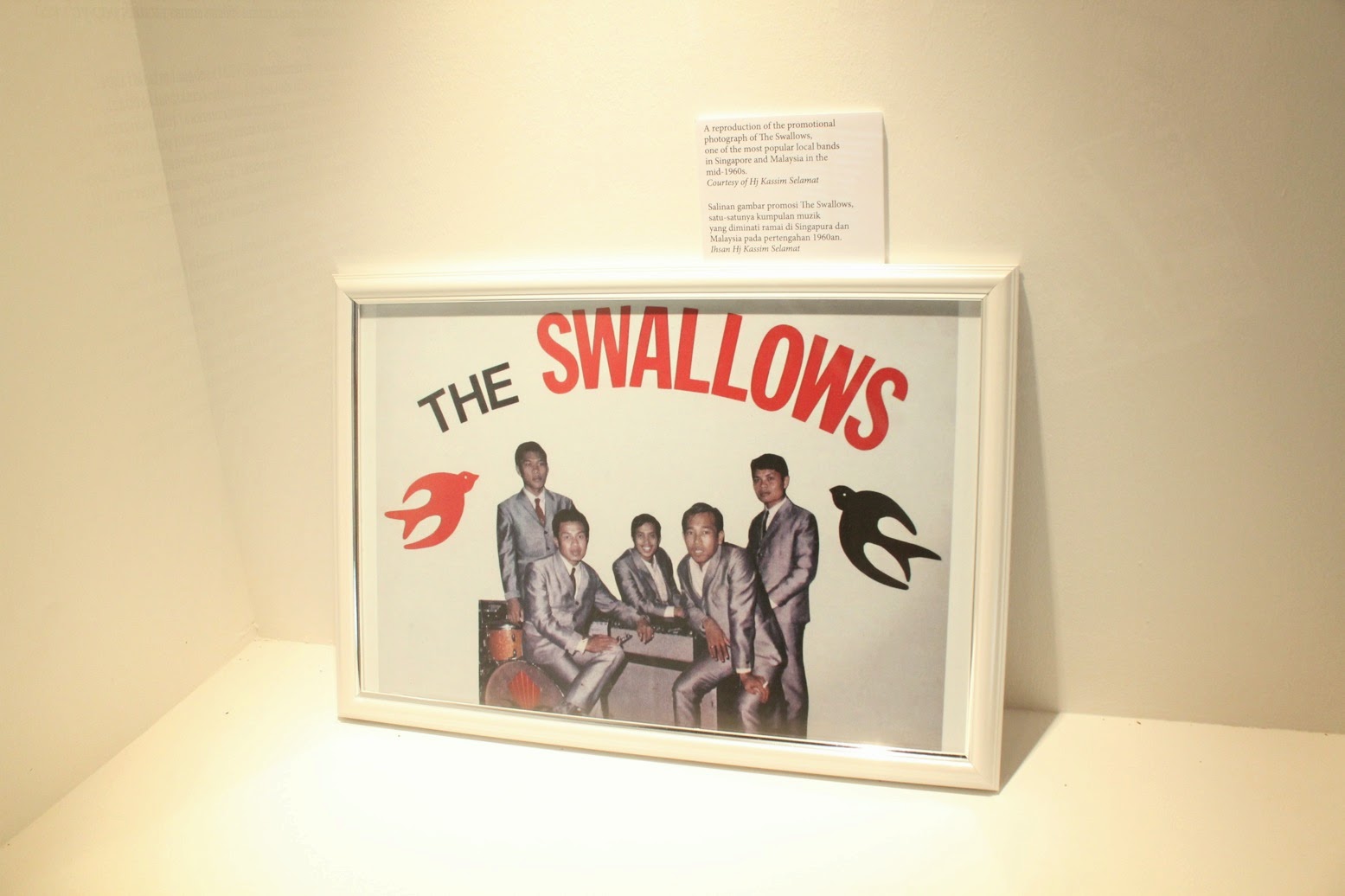 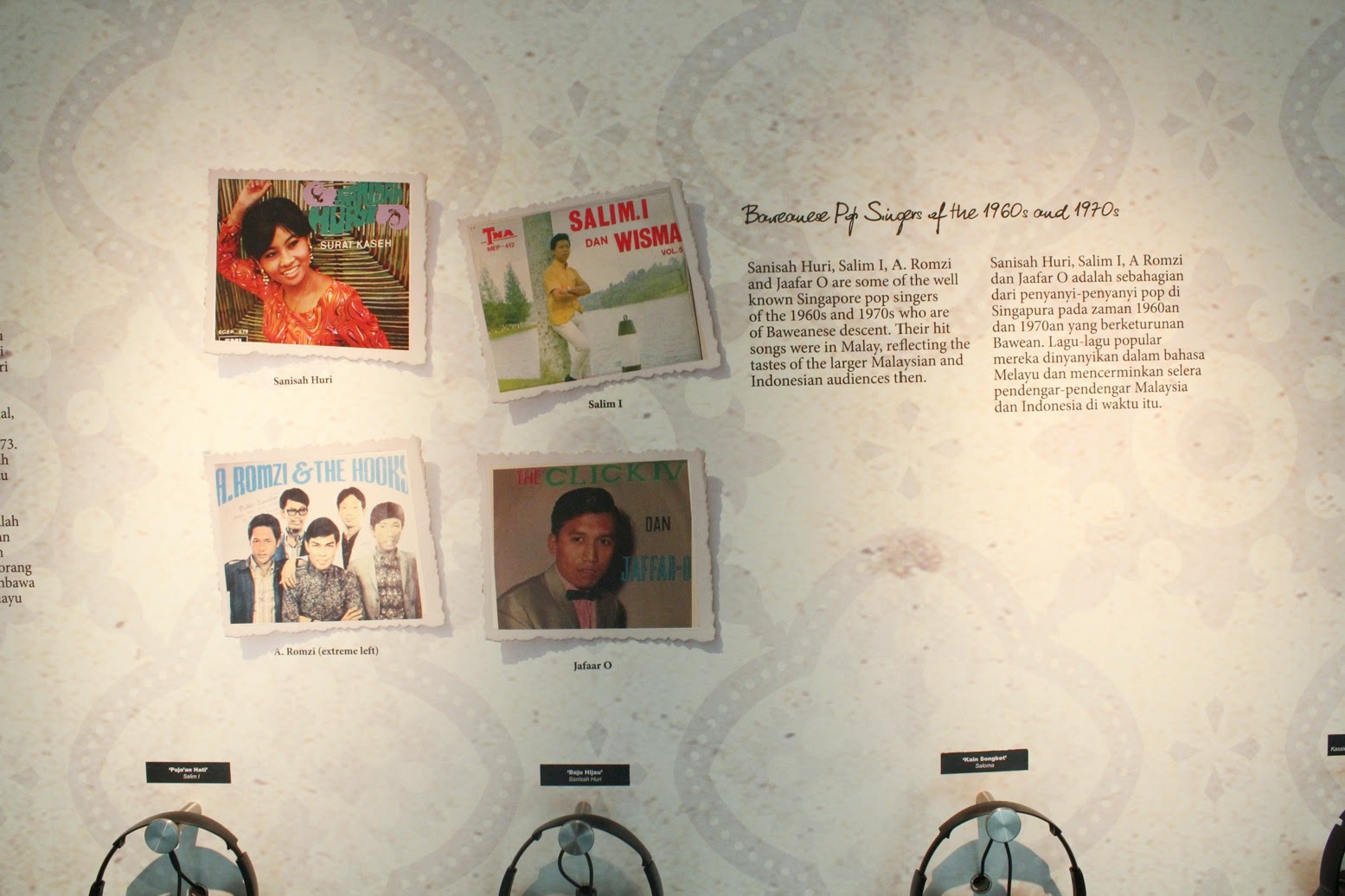 a brief history of The Swallows