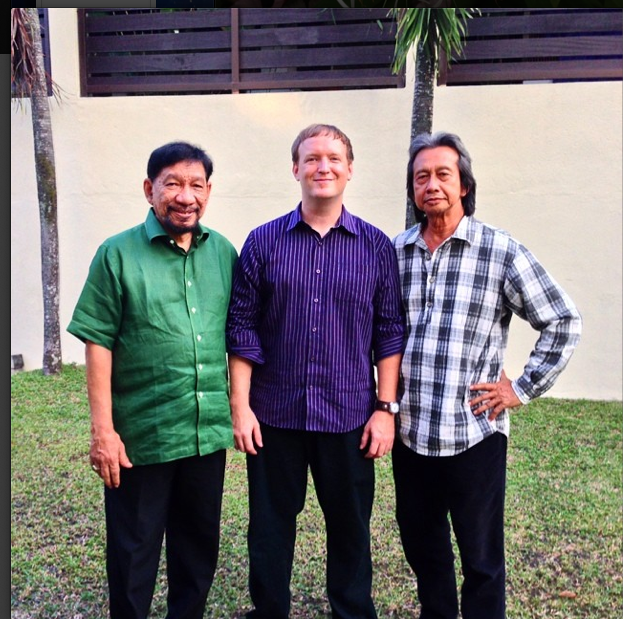 Yesterday, I had the good fortune to meet Dato' A Rahman Hassan again. It's been 4 years since I last saw him.  Dato' Rahman is the founder of the "Pop Yeh Yeh Welfare Club" which is an organization founded for the benefit of Pop Yeh Yeh artists.  He is also the leader, founder, and guitarist of Orkes Nirwana, one of the longest running Pop Yeh Yeh groups (next year will be their 50th Anniversary).

I was able to ask him some additional questions that I didnt get to ask him during my first visit in 2010, and he also played a few songs on a little acoustic guitar while we sat in his living room with him, Adnan, and two other friends of his.