Adnan Othman shows his paintings with seven other acclaimed artists as part of the 'REFLECTIONS' Exhibition at UMAG.

Adnan Othman, known for his prolific songwriting and electrifying performances throughout the Pop Yeh Yeh era, is also a very talented artist.

The art show that Adnan was invited to participate in is called "REFLECTIONS - AN EXHIBITION OF WORKS BY 8 ARTISTS" and is on display until March 9.   If you are in KL, don't miss it!   Adnan's paintings are incredible.

" I have been busy this past month preparing for an art exhibition to be held at the University of Malaya Art Gallery, Kuala Lumpur, starting Feb.10 to Mar.9,2014. I was invited to participate with 7 other artists. I submitted 15 paintings for the exhibition, which will be officiated by a VIP on Feb.15,2014. Please find attached some pages of the brochure for your perusal."


You can see the brochure that Adnan Othman sent me below.  (Click images to enlarge) 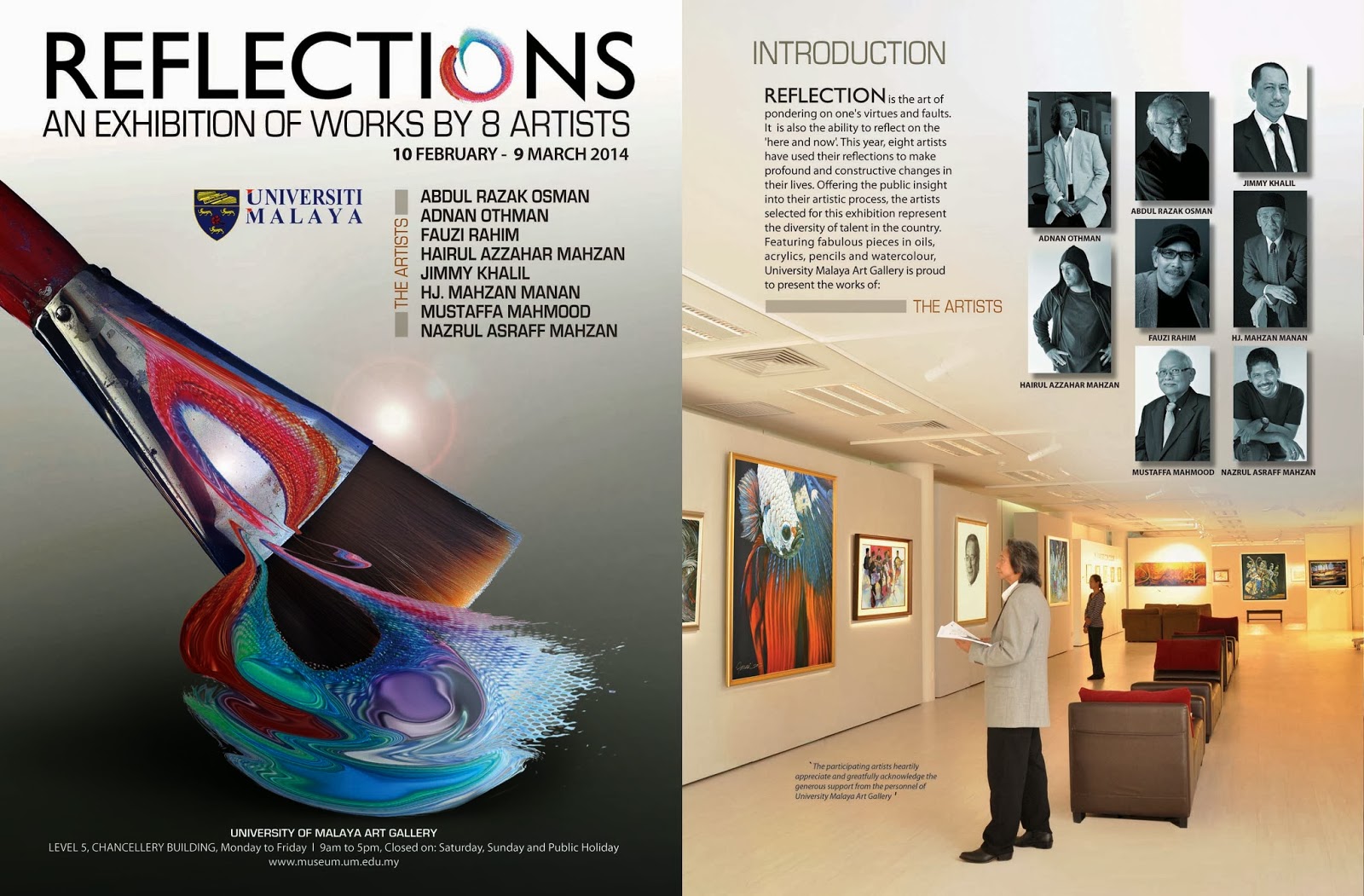 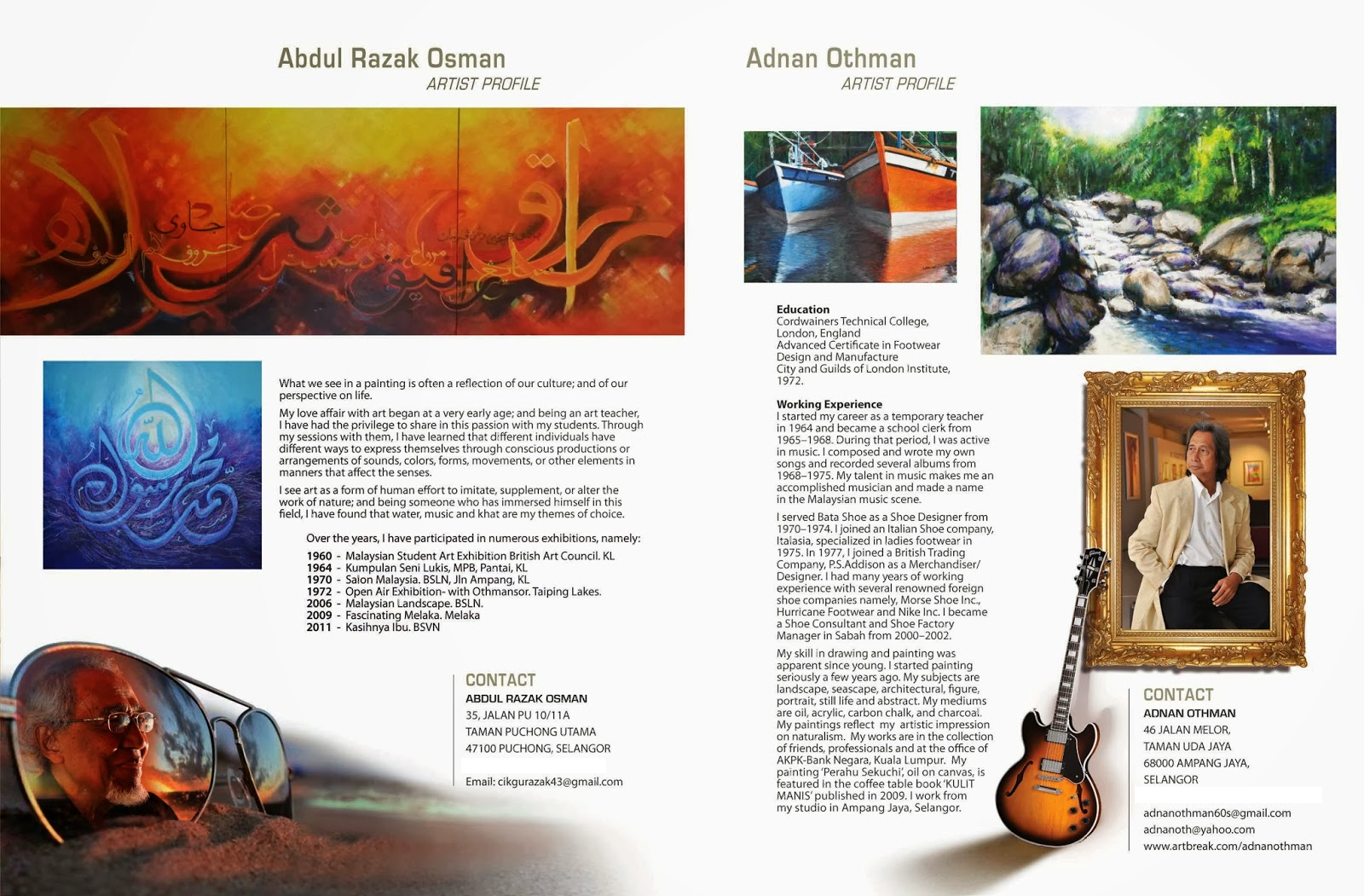 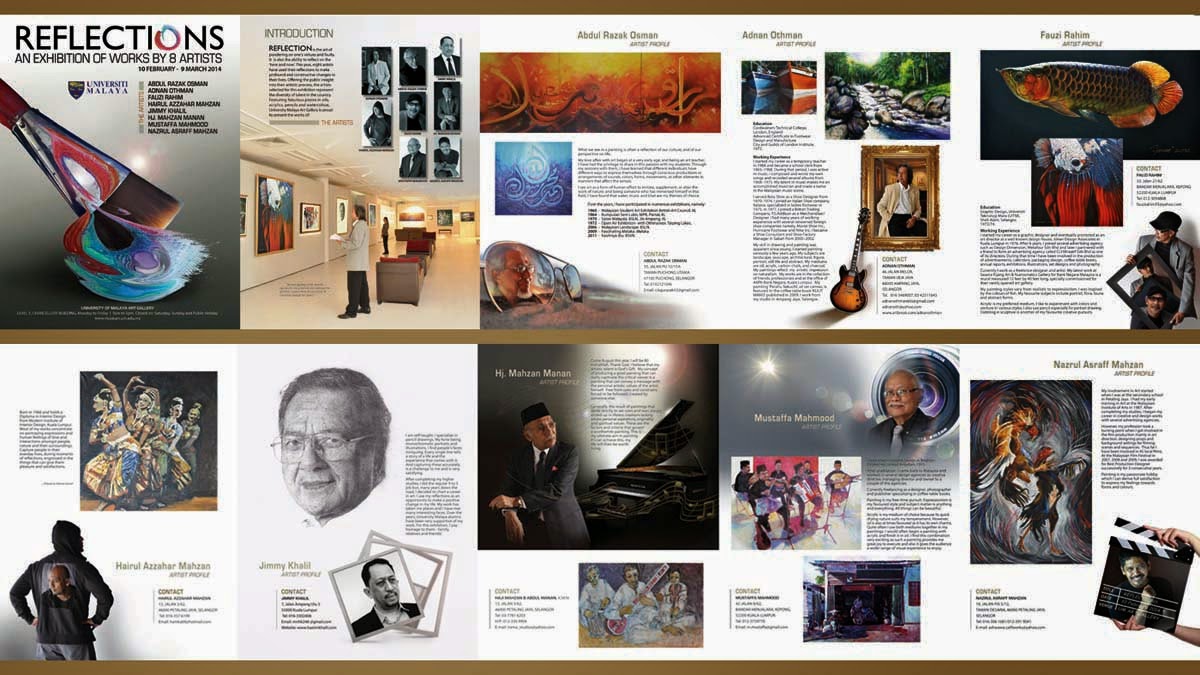 For those of you who are also fans of Adnan's music, we are currently putting the finishing touches on the design layout and audio mastering for the forthcoming Adnan Othman Compilation, tentatively titled "Bersyukur"..  which will hopefully be released on Sublime Frequencies within the next year. 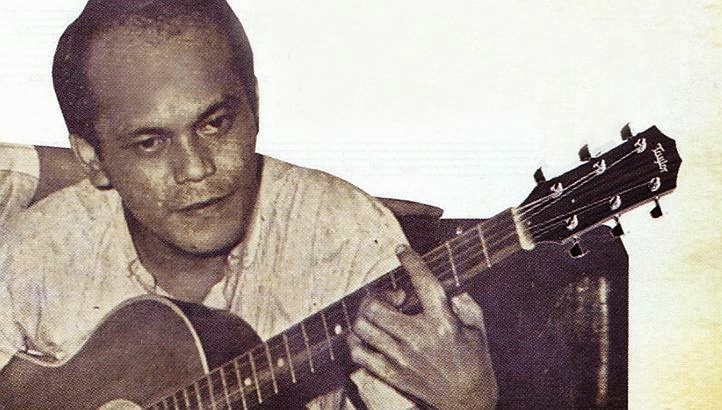 I have really grown to love the sound and style of Kassim Masdor by following the songs of artists he wrote for... now, after talking with Ghaz, who writes below, I realized that they were all part of the Yusnor Ef and Kassim Masdor legacy ....

I plan to do a radio mix of these songs released on Senada in the 70s sometime very soon. I will post a podcast here from the radio broadcast when I do. When I heard that Encik Masdor had passed away, I asked Ghaz (who has shared so much great information here on this blog over the years) if he could tell readers here a little bit about the late legend... and also if he could recommend some of his favorite songs by Kassim Masdor...

First off, Ghaz shares a bio that he translated from a blog called Legenda Filem Melayu:


Born in Singapore on 19 September 1938, Kassim Masdor received his early education at a Malay School. He was the only veteran composer who has been involved in Singaporean music industry for half a century, since the 1950s till the present day. The Singaporean musician was proud to learn from P. Ramlee and become his friend, whom he regarded as an elder brother. Due to poverty, he had no choice but to work in the Malays Film Productions’ studio in Jalan Ampas during his teenage life.

Kassim began to serve with Shaw Brothers’ Malay Film Productions (MFP) as a clerk in 1952. He was determined to carve his musical talent and such ambition was strengthened when he met P. Ramlee and other personalities in MFP. The young man Kassim learned about music from P. Ramlee and Osman Ahmad. He became good at playing guitar, piano and xylophone.  The challenge of working with P. Ramlee was an experience which had made him a good musician.

Kassim recalled, “Ramlee had always forced me to work till late at night to complete his musical scores. It was a tiring but yet a wonderful experience.” By 1956, Kassim was regarded as a skillful composer and music arranger. He was also a founding member of Pancha Si-Tara, a singing group formed by P. Ramlee.

In 1968, just after Shaw Brothers decided to close its Jalan Ampas studio, Kassim was called by EMI Singapore to become a producer, composer and music arranger there. Throughout his five-year tenure with EMI, Kassim produced more than 60 albums, hence was highly regarded as a prominent composer by the end of 1960s until 1970s.

The Malay music throughout the 1960s dan 1970s was dominated by the works of  Kassim Masdor, which featured singers such as Kartinah Dahari, Ahmad Daud, Ahmad Jais, Rafeah Buang, Sanisah Huri, Sharifah Aini, Rahimah Rahim, Fazedah Joned and many others.

In addition, with a Mr. Teo and Yusnor Ef, Kassim formed Senada Records in 1974. He was the musical director for 18 films produced both in Singapore and Malaysia. As to-date, Kassim has composed more than 400 songs, the lyrics of which were written by his friend, Yusnor Ef, another pupil of P.Ramlee.

In October 2002, Kassim was awarded the Lifelong Achievement Awards by the The Professional Malay Musicians’ Association of Singapore (PERKAMUS) in conjunction with its 10th anniversary.

"Kassim Masdor, together with our Cikgu Yusnor Ef, composed many of the most popular 'evergreen' Malay songs.

I personally rate the Kassim Masdor - Yusnor Ef duo at par with that of your Rodgers - Hammerstein."

The lyrics for all the above songs were written by Cikgu Yusnor Ef."

Thanks again to Ghaz for sharing this valuable information about this legend who passed away recently.

I will be posting some youtube clips and hopefully a radio podcast set here soon too....

Rest in Peace Kassim Masdor... may your music continue to live in our hearts....
Posted by DJ Carl Hamm at 11:00 PM 2 comments

Yuna shows some love for Malaysia at the beginning of this song, and talks about how she decided to move to LA to follow her dreams to become a singer...


This song  Escape (performed live in Washington DC on Wednesday night) is the last song on her new album "Nocturnal"which can be purchased HERE, or from Yuna's website.

Also, I had the great luck to meet Yuna in person after her concert! 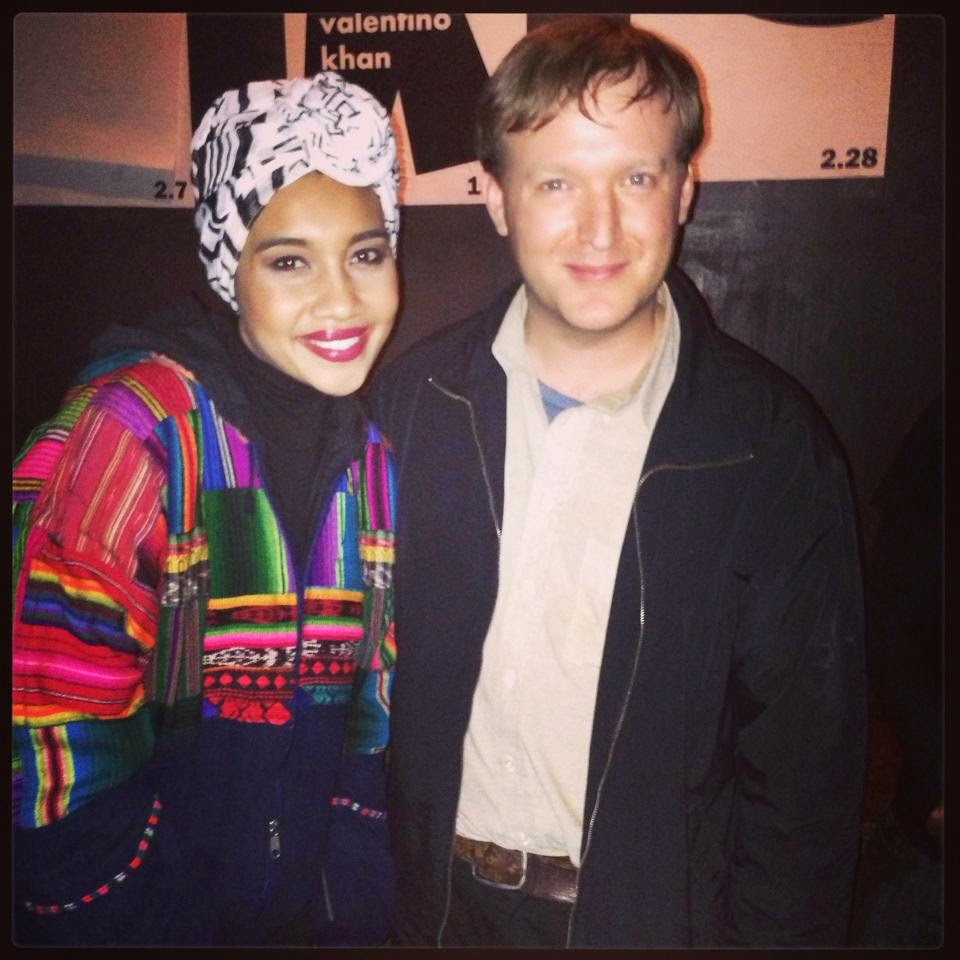