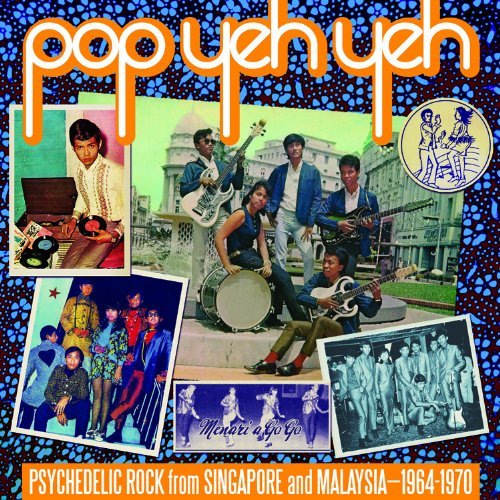 "Until now, for some unknown reason, the psychedelic rock movement in Singapore and Malaysia, aka Pop Yeh Yeh, has never been given the worldwide attention it deserves. This compilation -- Pop Yeh Yeh - Psychedelic Rock from Singapore and Malaysia 1964-1970: Vol. 1 -- is the first of its kind to focus solely on the Malay rock groups of this region. The Pop Yeh Yeh era, which took place roughly between the years of 1964 to 1970, coincided with the rapid modernization happening at the time in Singapore and Malaysia. Sublime Frequencies has already released many incredible compilations from neighboring Indonesia, so it's about time that the Malaysian groups got some attention! Pop Yeh Yeh artists instinctively cross-pollinated electric sounds of the West with Malay melodies, and added their own local poetic voice to the lyrics they wrote -- sung in Malay and sometimes Bawean. The Pop Yeh Yeh musicians started out playing in styles inspired by Western groups like The Beatles and Cliff Richard, but they eventually succeeded in creating a sound all their own -- a sound that is not only accessible to the Western ear, but also retains an undeniable Malay personality. Nearly eight years in the making, this compilation was exhaustively researched and compiled by Carl Hamm and features 26 classic tracks of the very best bands and singers from Singapore and Malaysia's Pop Yeh Yeh era, including M. Osman, Orkes Nirwana, Adnan Othman, A. Halim, Roziah Latiff and The Jayhawkers, J. Sham, Hasnah Haron, Zaleha Hamid, and many more. This CD edition comes in a tri-fold digipak with gorgeous artwork, two 40-page booklets with insanely extensive liner notes including band/artist bios, an overview of the era, translated lyrics, and plenty of rare photos taken from vintage magazines, album covers, and the artists' own personal collections."
Posted by DJ Carl Hamm at 9:11 AM