Such an incredible honor to be invited to this important occasion -- the first hair cutting of Dato' Rahman's newborn grandson. They even invited me to take part in the ceremony with the friends and family members by offering a good luck blessing to the child and cutting a piece of his hair. 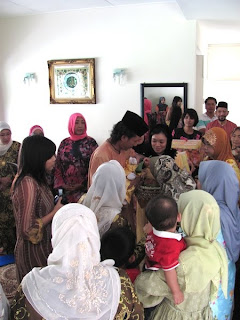 below -- sitting at the table with Dato' A Rahman Hassan (far right) who is a Pop Yeh Yeh Legend and was awarded the title of Dato' for his charitable services in music and other areas of the community... and also another legendary Pop Yeh Yeh singer S Mariam (far left) who appeared in the film A Go Go 67 and recorded with the Rhythmn Boys. Others present were Datin Azizah Mohamad, Fatimah M Amin, and Datin Orchid Abdullah. I was invited to do several interviews after the ceremony. 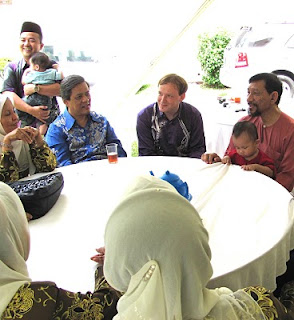 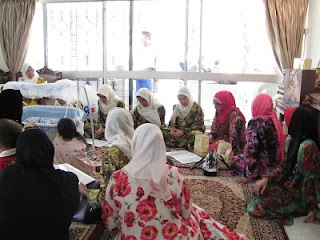 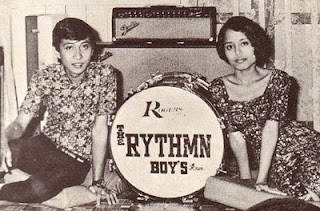