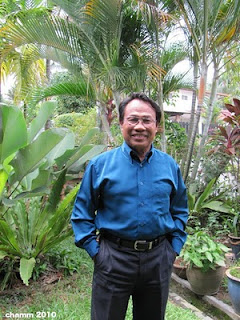 J Sham made his name with the group "The Wanderers" who he met up with during his days as a young music instructor. They recorded several EPs under different labels, including MMI.

J Sham was kind enough to meet me at Adnan Othman's house for an interview. He was a music teacher for many years after his heyday as a Pop Yeh Yeh artist. He is known for his energetic vocal style, and had many hits.. one of my favorites among many of his excellent tracks is "Surat Ku Untuk Mu" (My letter to you). The interview with J Sham was wonderful. But the preliminary discussion was even better. This taught me that it's best to get the camera rolling as soon as possible. Often, the chit chat before the interview is the best part. My personal opinion is that it's always good to get to know someone a little before you start recording - just to break the ice. But in the case of J Sham, he opened up with.. "ok, let me tell you a little about myself first.. here's how it all started.." and proceeded to tell me a dozen great stories before I could even set up the camera. Luckily, I was listening.. because i was able to prompt him to revisit certain things when we finally started the recording. I'll post more details about J Sham here once I'm able to go back and watch the interview. This documentary is going to be absolutely incredible once it's all edited.

J Sham went into "retirement" many years ago when he was faced with the decision to continue his teaching career or keep singing. Apparently, in those days, it was one or the other. He didnt participate in the revival concerts of the late 80s, but soon felt like he was missing out... so he made a comeback in the 90s. He's been performing (for selected events), recording new tracks, and making videos ever since. 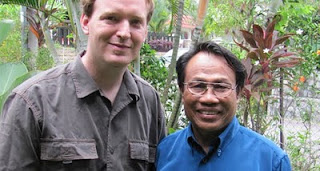